By clicking “Accept”, you agree to the storing of cookies on your device to enhance site navigation, analyze site usage, and assist in our marketing efforts. View our Privacy Policy for more information.
DenyAccept
Book a visit
Book a visit
All cases
Architecture
Quality of life

How do you create a functional parking structure that is also an attractive public space? That was the challenge that led to Konditaget Lüders (‘Sports roof Lüders’), a hybrid structure between parking house and playground. 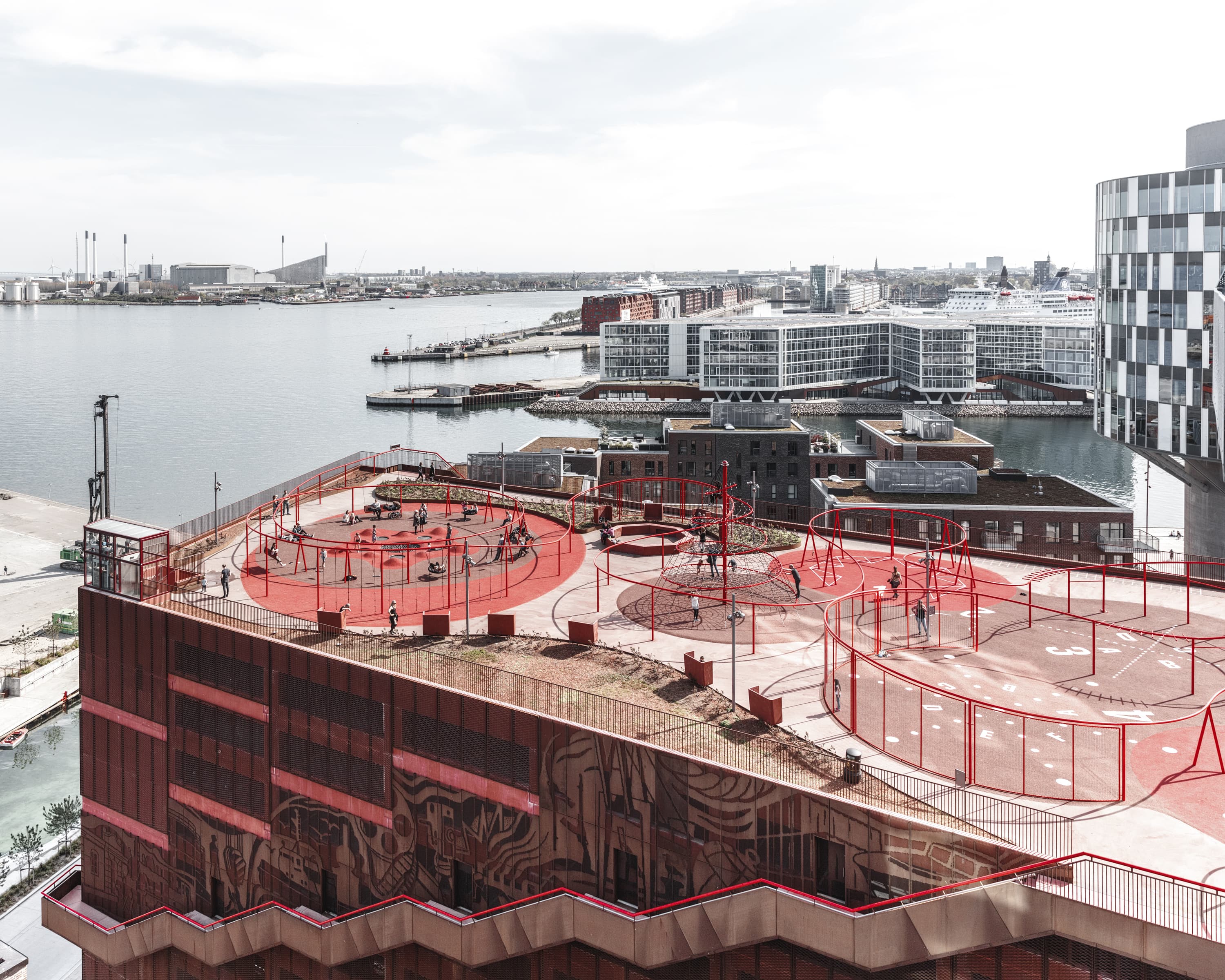 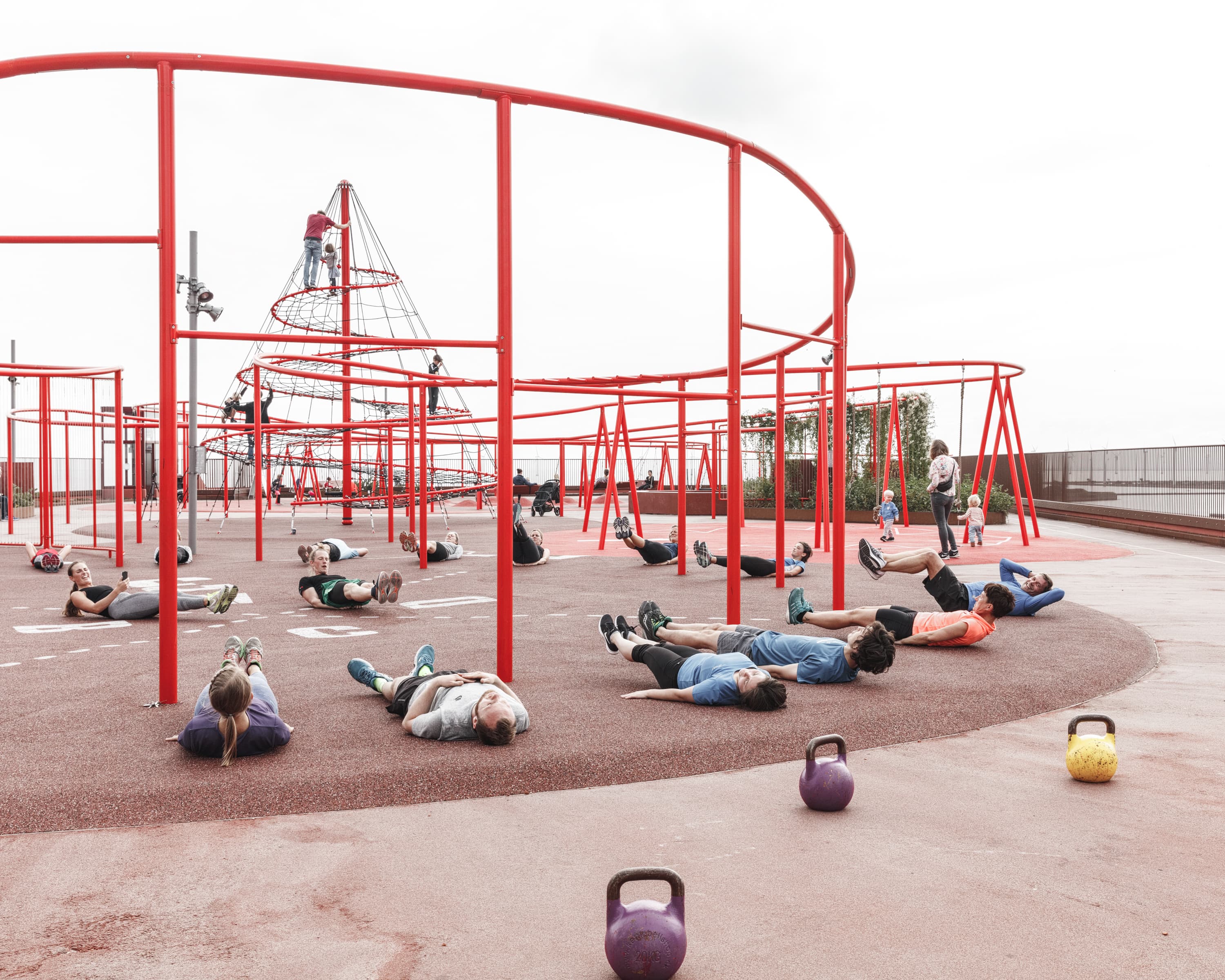 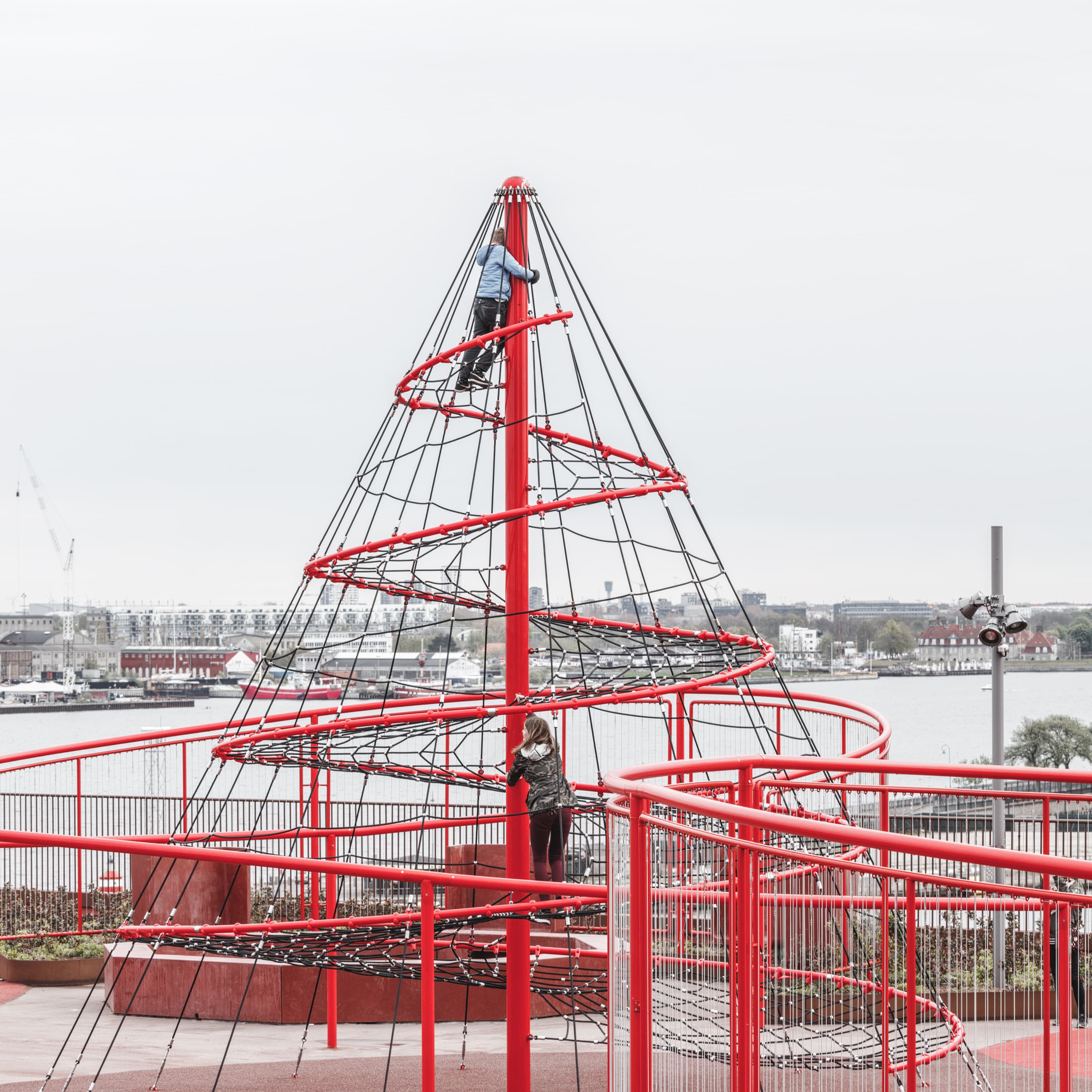 On top of the car park at Nordhavn, you find Konditaget Lüders aka. "PARK'N'PLAY". It rethinks the monofunctional parking house and transforms an infrastructural necessity into a public amenity. Located on the rooftop – 24 meters above ground – it provides a recreational area and a view of the horizon, often only available for the privileged few. Instead of concealing the parking structure, the architects proposed a concept that enhances the beauty of the structural grid. A system of plant boxes introduces a new scale to the massive facade, while also distributing greenery across the entire building. The grid of plant boxes on the facade is broken by two large public stairs, whose continuous railings lead up to a fantastic playground on the rooftop. The stair railings expand into a world of swings, ball cages, jungle gyms, and more. From the street level, the railings take the visitor by the hand and invite them on a trip to the rooftop landscape with amazing views of the Copenhagen Harbour.

Konditaget Lüders on the Lüders multi-story car park has been well received by Copenhageners and is used every day for exercise, yoga, and as a hangout spot. In 2020, the project won the Danish Design Award in the category ‘Liveable Cities’. 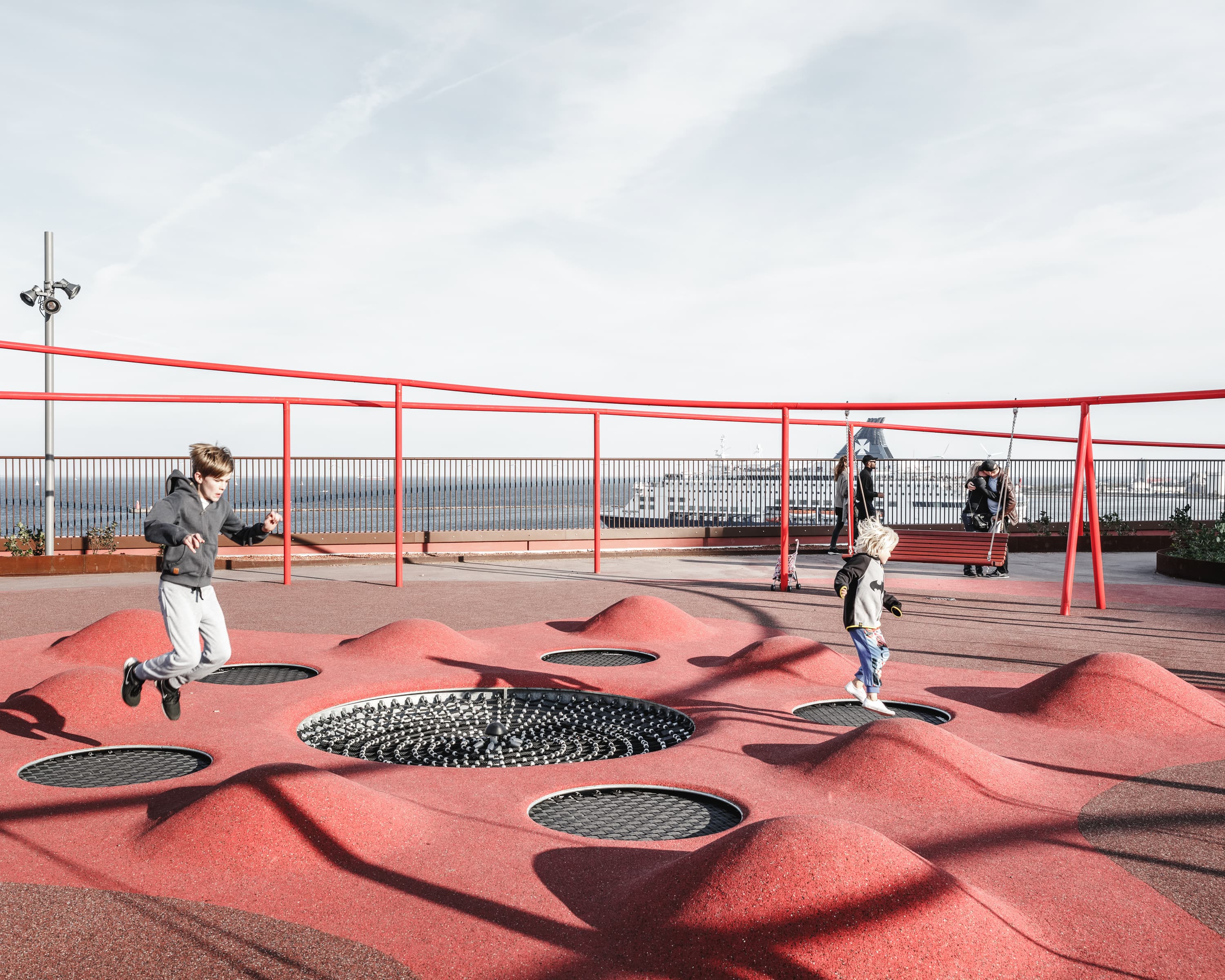 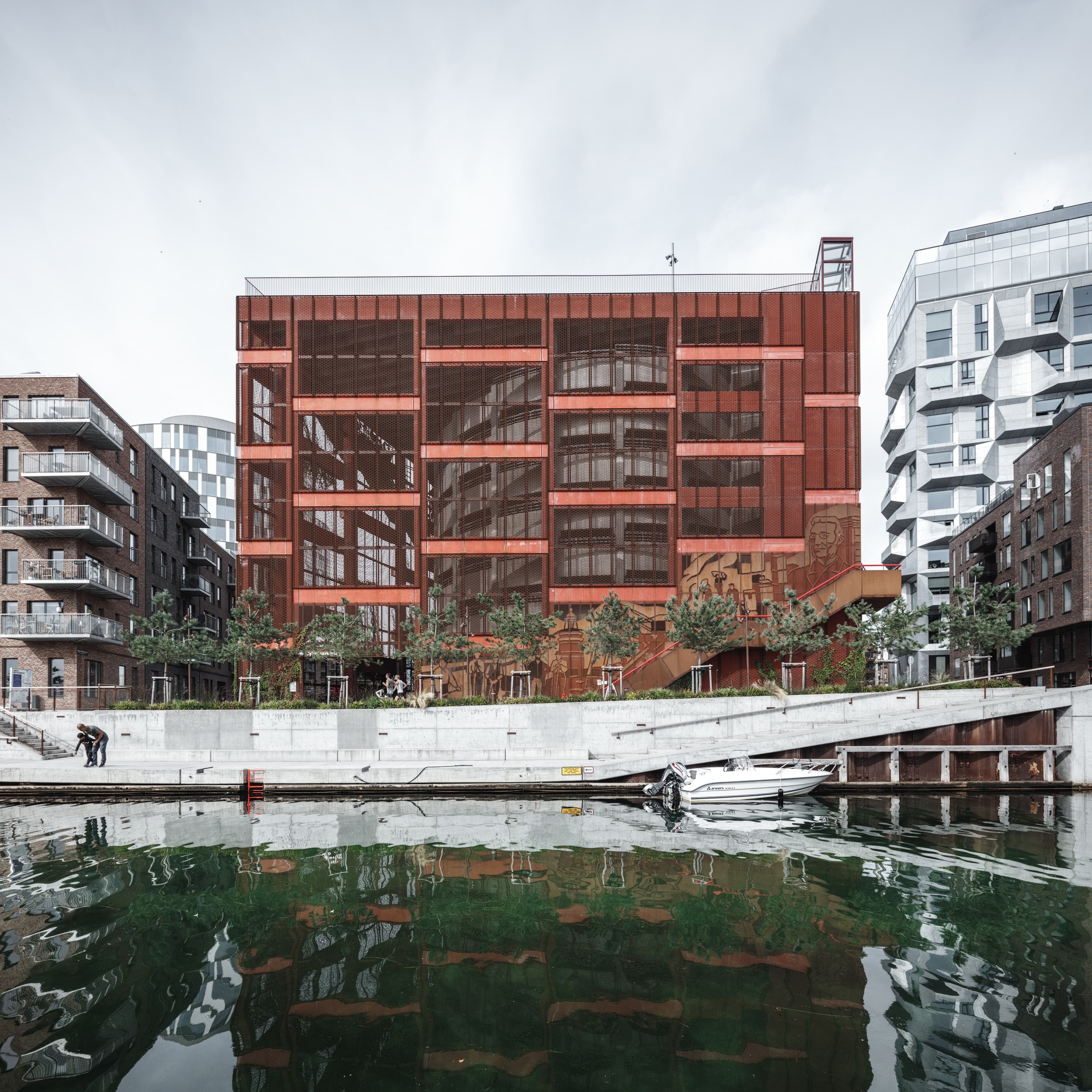 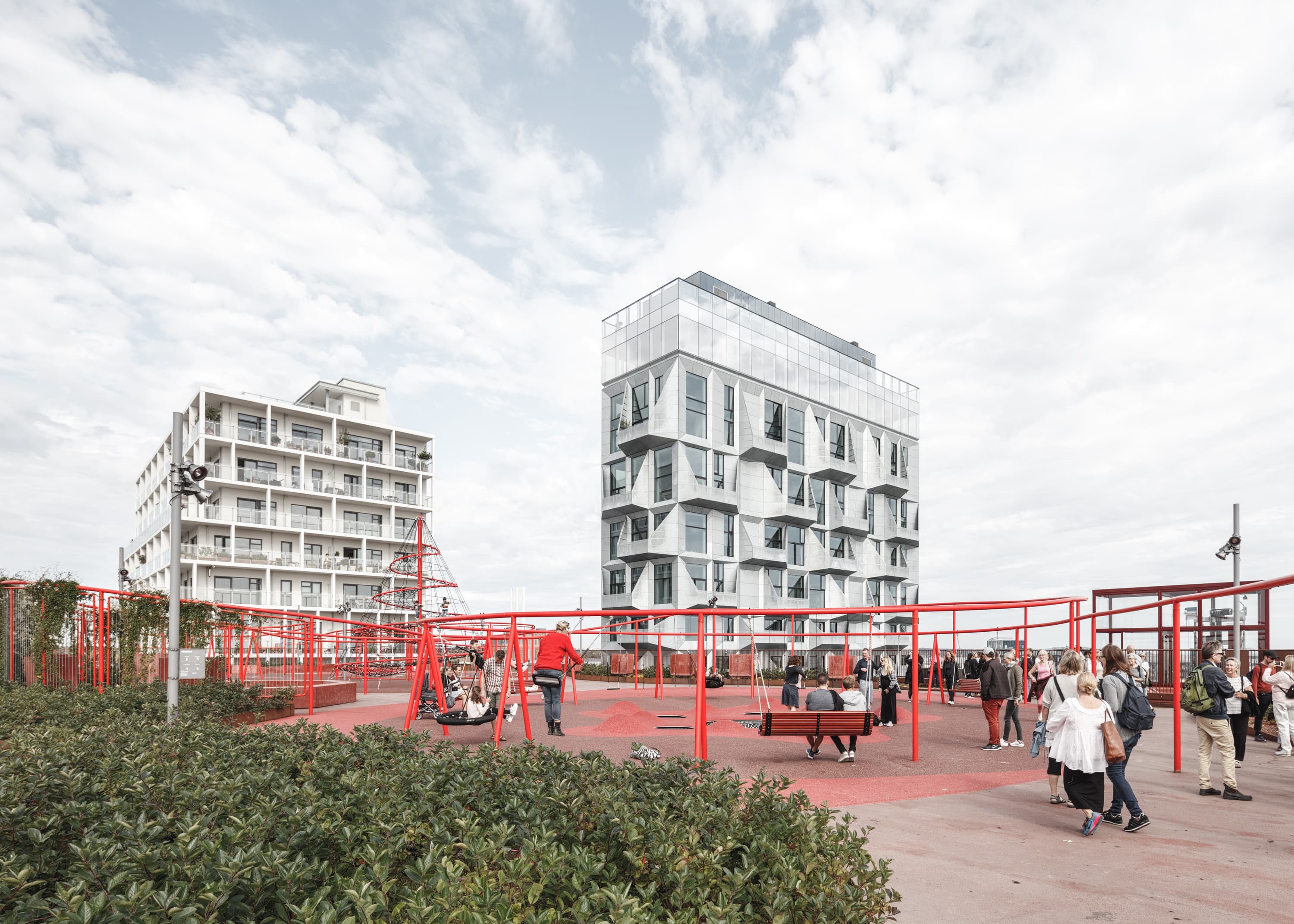 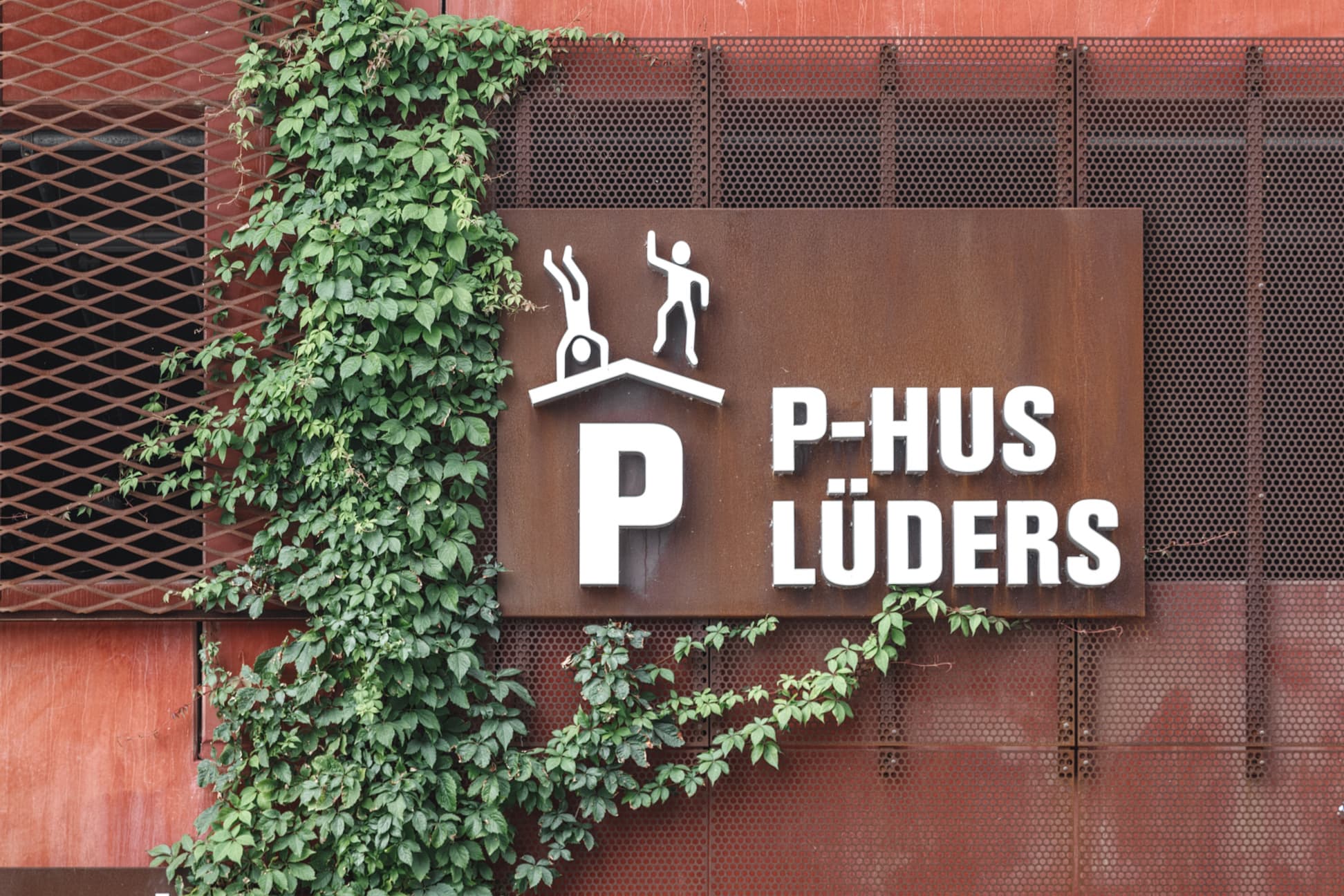 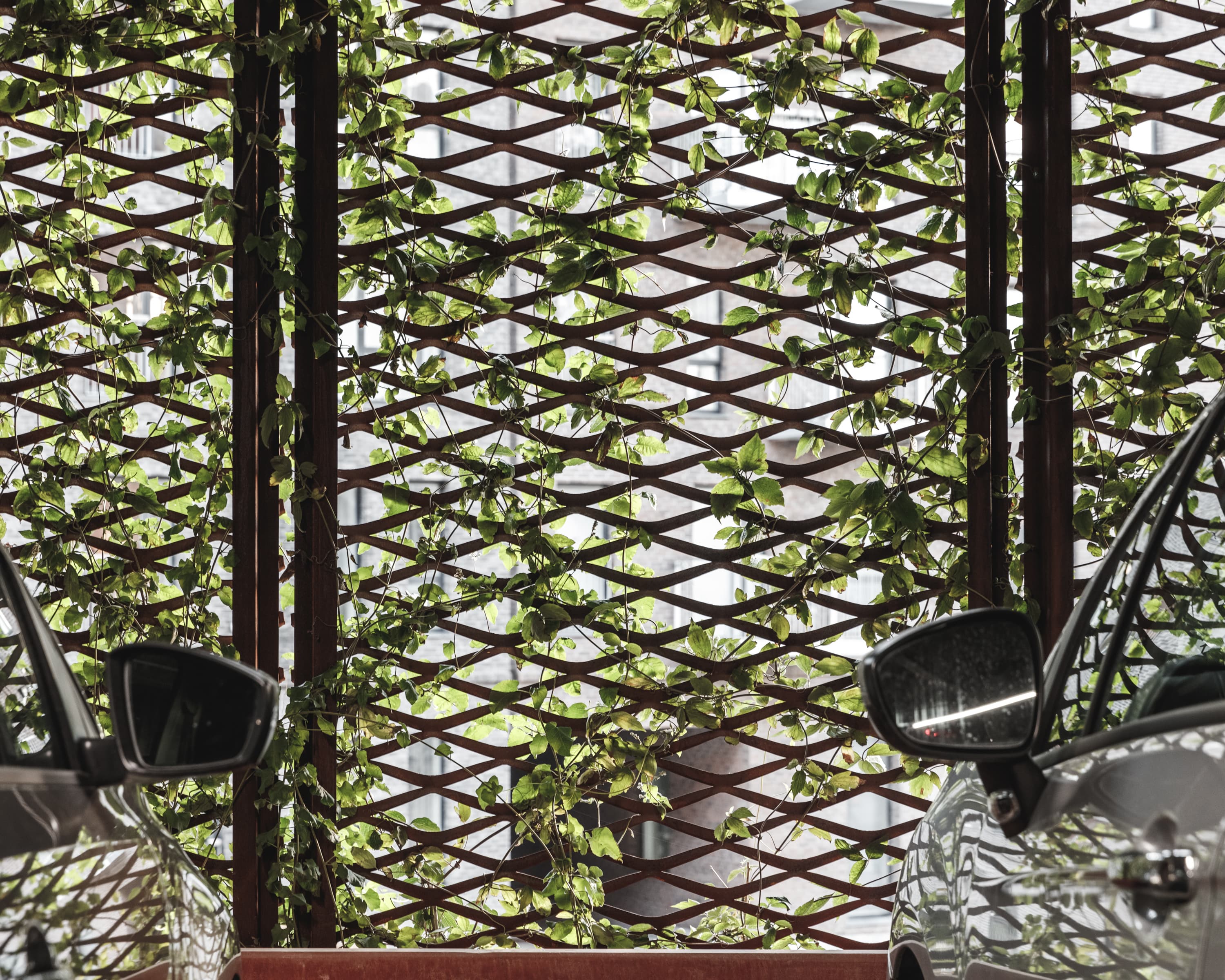 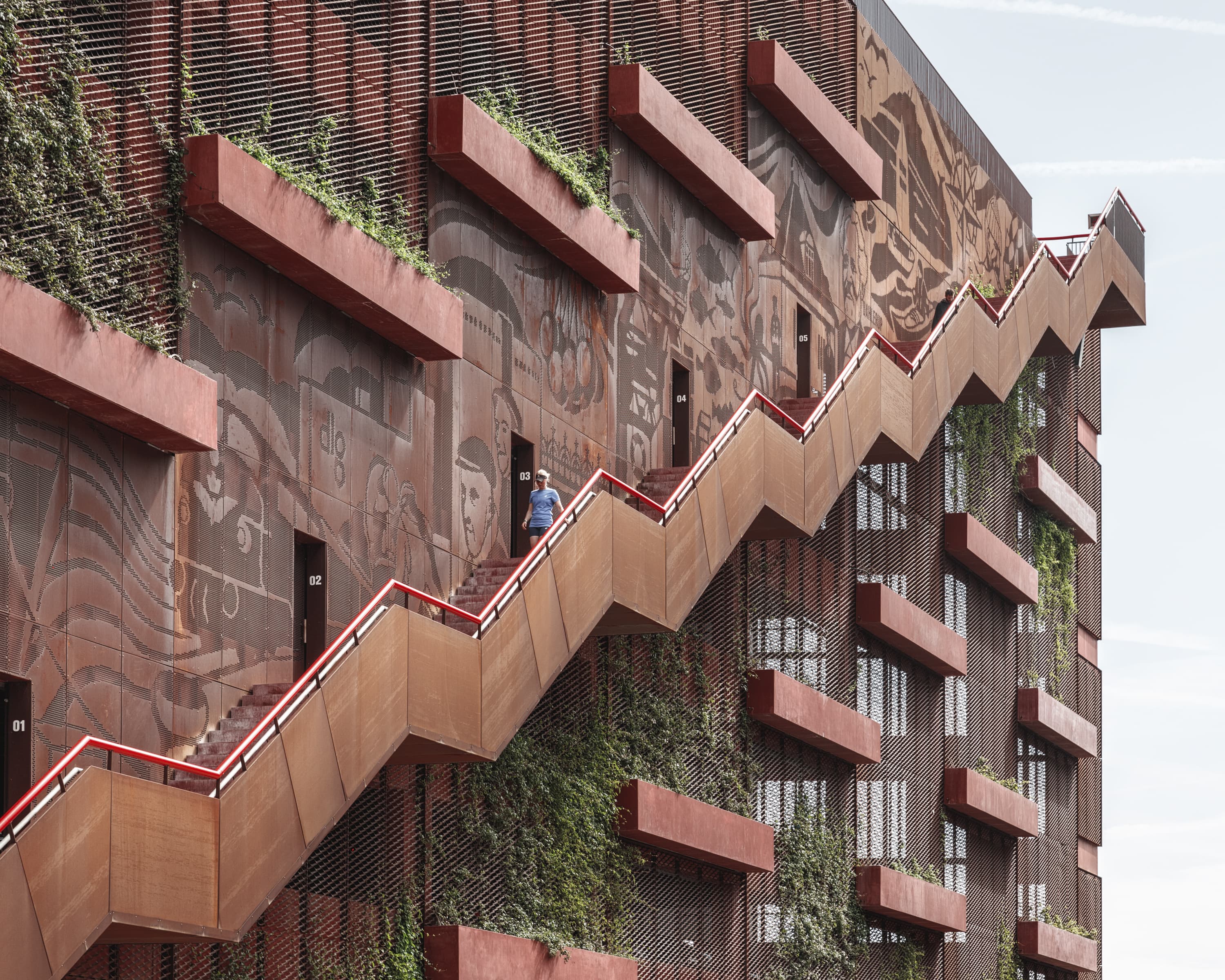 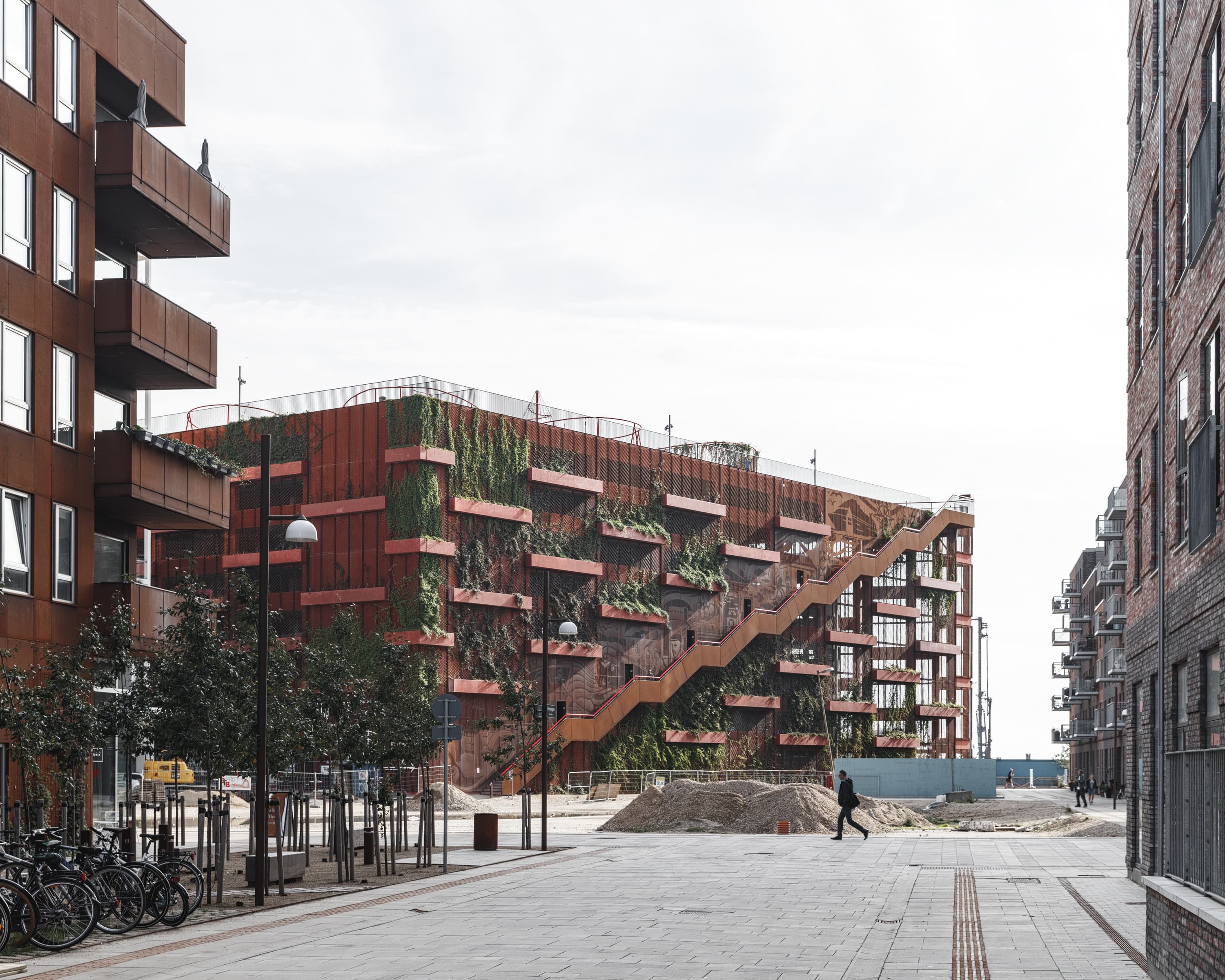 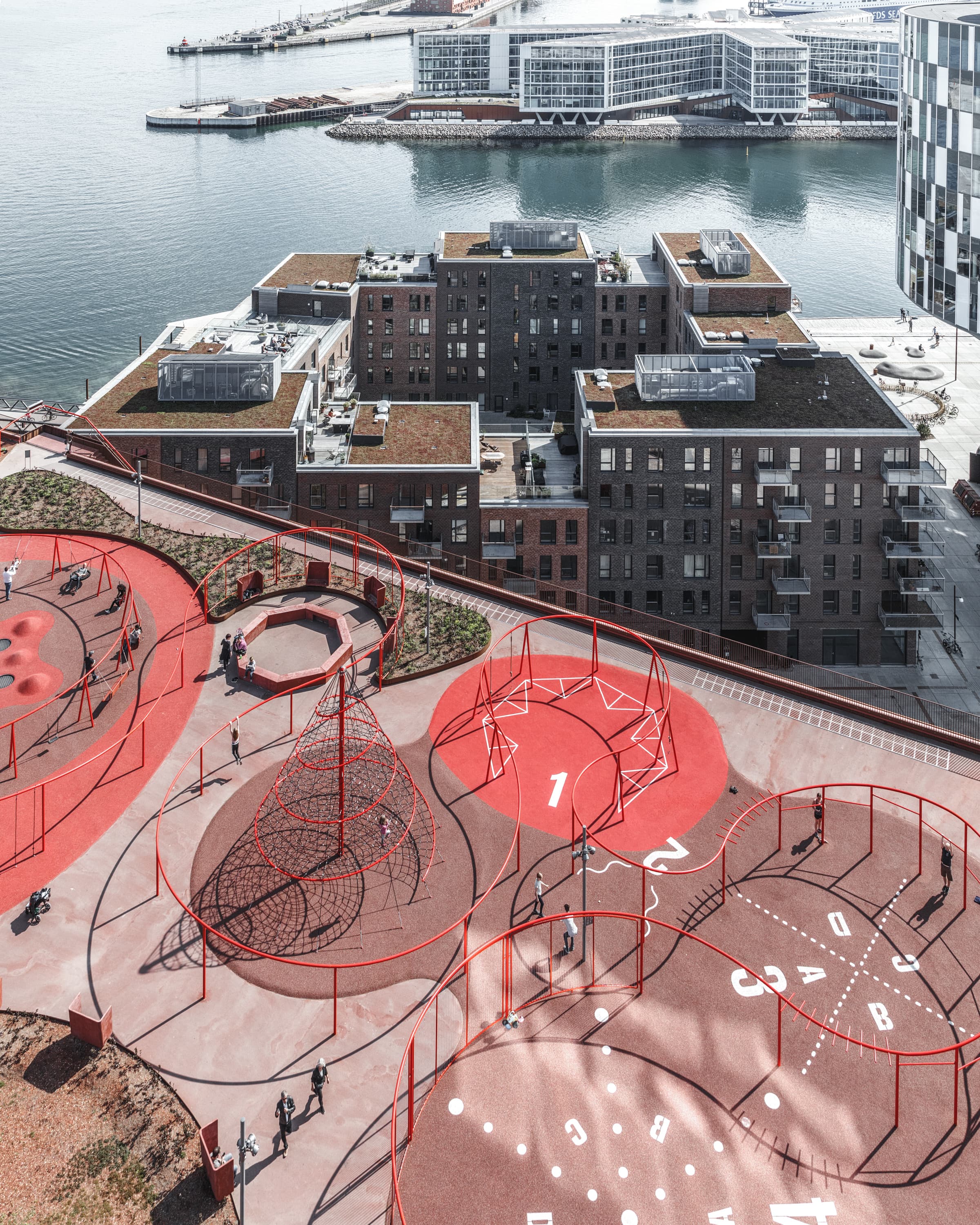 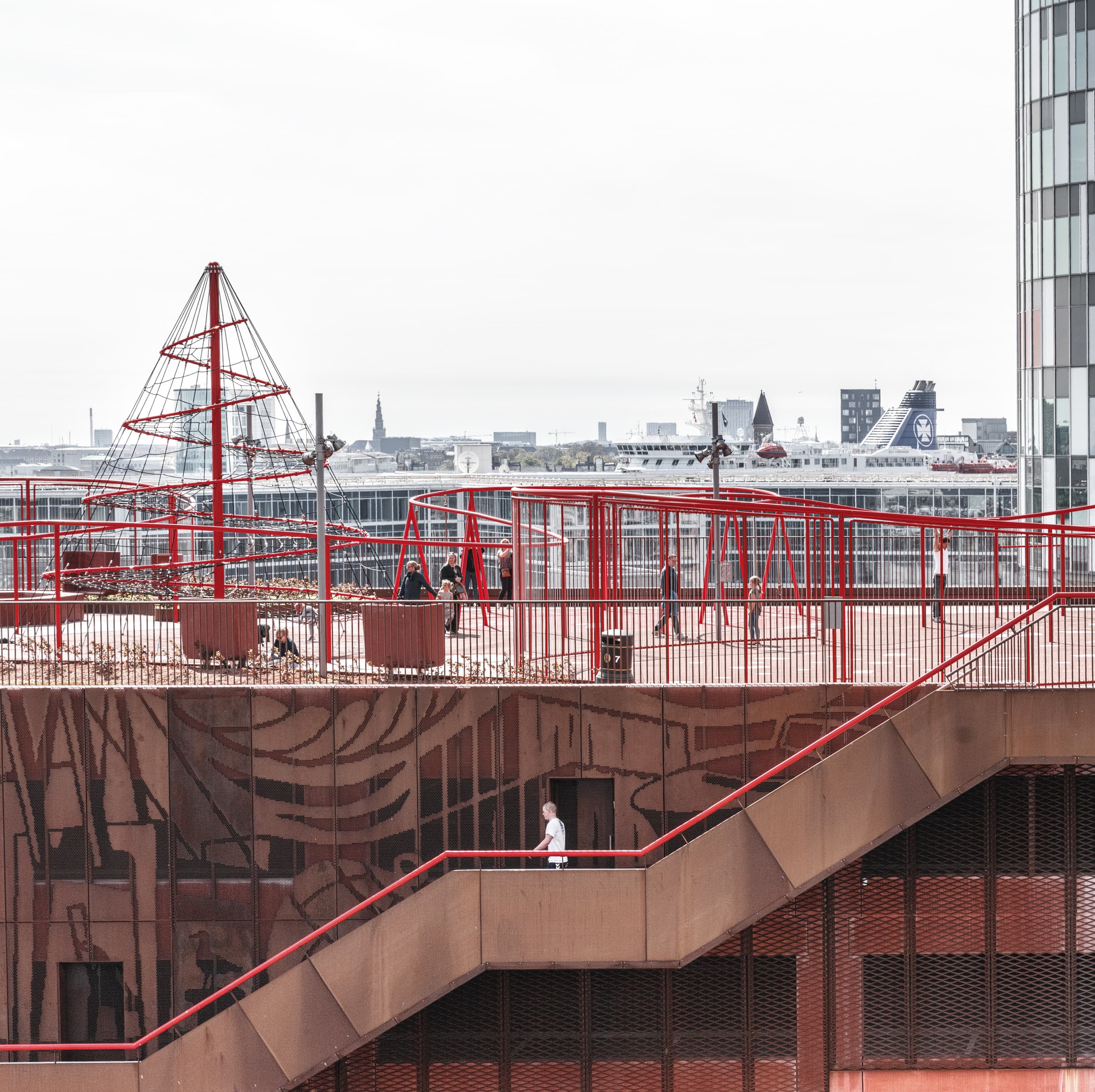 Working across scale and traditional boundaries, the Danish architecture studio JAJA strives to create architecture, landscape, and urban planning from a holistic perspective. The company aims to make each intervention a distinct, yet natural part of its environment, to create a dialogue between the project and the inherent qualities of the location. JAJA believes that projects with strong roots in their physical environment create greater experiences and added value, not only to the project but also to the surrounding community.